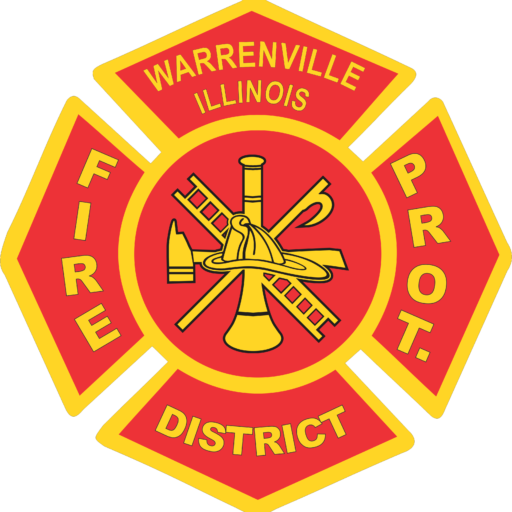 Trustee Kate Perkins is President of the Board. She and her family have lived in Warrenville for over 30 years. She has a master’s degree in computer science from the University of Wisconsin, and before she retired, she was a software engineer with Alcatel-Lucent. Kate served as secretary of the Board of Trustees in 2013 and 2014. In 2015, she led Elect Your Fire Trustees, the referendum initiative that changed the Board from an appointed Board to an elected one. She was elected in the first election of trustees in 2017. Kate enjoys serving her community and volunteered with both the City of Warrenville’s Emergency Management Agency and the City’s Bicyclist & Pedestrian Advisory Commission for several years. Kate became interested in emergency response when she served as the leader of a medical emergency response team at Alcatel-Lucent.

Trustee Jeff Carstens, Secretary of the Board, is a lifelong Warrenville resident. Working thru college in an auto body shop, he earned a BA in Business from North Central College in 1989 and a JD from IIT Chicago Kent College of Law in 1992. Preferring business and the technical challenges of his college job to a law career, in 1995 he returned home to take over the body shop and renamed it Phoenix Auto Body, which he has run ever since. Unable to volunteer as a firefighter with all that is required, he has always been a supporter of the District in any way possible over the years, not only repairing many of the vehicles, but also hosting a hands-on training session at his shop on how to deal with some of the latest automotive technologies our personnel might face on an accident scene, and finally becoming one of the Trustees to help run the District and keep it at the high professional level it has attained. Married since 1992, he and his wife Monica chose to raise their family here in Warrenville, and both their sons Aaron and Ben, are now POC firefighters in the Warrenville Fire Protection District.

Trustee Denise Pertell serves as Trustee on the Warrenville Fire Protection District Board.

Trustee Randy Price has been a District Trustee for since 2017. He retired from the Fire/EMS service after 40 years as a Firefighter Paramedic and EMS Instructor. Randy has been involved in many aspects of the fire service including working as an EMT/Paramedic instructor for the Loyola EMS System, an EMT Instructor at College of DuPage, the Paramedic and Human Resources Manager for Superior Ambulance, and as a contract paramedic with Bensenville Fire Department. He also served as a Paid-On-Call Firefighter/Paramedic with the Warrenville Fire Protection District for 20 years. He retired from Public Safety but wanted to stay involved in the Fire/EMS service, so he became a Trustee. He earned a bachelor’s degree in Healthcare Management from Southern Illinois University and is a member of the Warrenville VFW Auxiliary. Randy and his wife Cheryl own a home-based travel agency and have lived in Warrenville for 30 years.

Trustee Joe Rogers has been an elected Fire District Trustee since May 2021. The Rogers family has been a strong part of the Warrenville community since the mid 1860’s and the Fire District since its establishment in the late 1930’s. Mr. Rogers became a 5th generation firefighter (through his great uncle Chuck Paver who was the 2nd Fire Chief of the District) and got his start in the fire service at 18 as a Paid-on-Call firefighter with the Winfield Fire Protection District. After four combat tours with the 1st Battalion, 75th Ranger Regiment, he returned home and carried on the family tradition with the Warrenville Fire Protection District and resigned after the rank of Firefighter Lieutenant. Mr. Rogers has worked in many positions in local government to include managing operations for the DuPage County Office of Homeland Security and Emergency Management. Currently he is the Security Chief for Fermilab, contracted by the Department of Energy. Mr. Rogers is an avid member of the community and has served as the Warrenville VFW Post 8081 Commander and is a Charter member of the Warrenville American Legion Post 589. He has a B.S. in Fire Service Administration and is currently working on his Master’s degree in Public Administration and resides in town with his lovely wife and two boys ages 2 and 3.