History of the WFPD 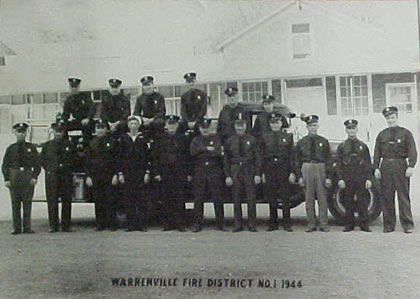 The post depression era saw dwindling donations so the membership petitioned to become a taxing body. In 1939 a referendum was passed and the Warrenville Fire Protection District came into being. The First Trustees (governing body) were H.B. Evans, Frank Behr and Vincent Petit (1st Fire Chief). 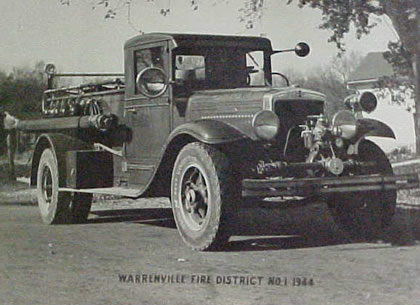 Many of the descendants of these first members are still active members today.

The population increased steadily but the 1950’s brought a housing boom with over 700 homes springing up from farm fields in the Arrowhead subdivision. In the 1960’s and 1970’s well over 1000 new homes were added with the Summerlakes, Winchester and Emerald Green subdivisions. With the increase in residents came a corresponding rise in requests for fire and medical assistance.

Fire Chief Clifford Johnson took over the reins as the Departments’ first full time chief in 1986. Chief Johnson replaced Charles Paver who had served since 1939.

The roster of Paid-On-Call (POC) firefighters and Emergency Medical Technicians (EMT’s) has fluctuated between 30-40 members for the last twenty five years with the current roster totaling five full-time District personnel (including the chief), six contract firefighter/paramedics, and forty seven POC’s, including a class of eleven new recruits.